On Saturday, April 2, James “Bo” Borders (currently the Integrated Motion Control System lead for the Mars Science Laboratory at Jet Propulsion Laboratory), along with his colleagues Brandon Metz and Coleman Richdale visited KRS.  After the KRS students read about Mars and the previous rovers created by Jet Propulsion Laboratory to record scientific data about Mars, Bo, Brandon and Coleman explained about the new rover they are working on, “Curiosity”, and told the students about the “clean room” that they work in while building the rover.  Brandon then donned the “bunny suit” that they use when they work in the clean room on the rover.  The “bunny suit” prevents bacteria from getting on the rover (and thus potentially contaminating Mars when the rover arrives on Mars) and consists of booties, a hairnet, a face mask, a hood, a jumpsuit, boots that go over the jumpsuit and then gloves! Bo, Brandon and Coleman then helped the KRS students build paper rockets that launched using water and antacid as fuel.  Many thanks to Bo, Brandon and Coleman for visiting KRS! 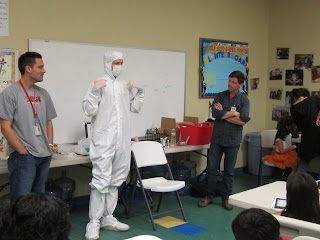 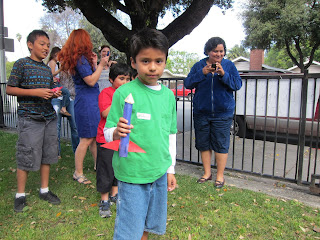 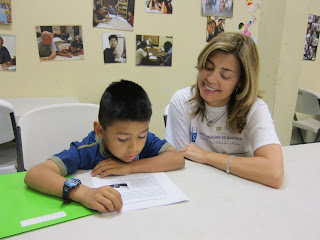