To Space and Beyond: March Reading Program

For the March Saturday Reading Program, James “Bo” Borders (currently the Integrated Motion Control System lead for the Mars Science Laboratory at Jet Propulsion Laboratory), along with his colleagues Coleman Richdale and Sherwin Goo visited KRS.  Bo and Coleman visited KRS last year to explain about the MARS rover they helped create called “Curiosity”, and we were thrilled to have them return! This year, Bo and Coleman taught the KRS students about how scientists use experiments to help them prove theories.  Bo and Colman then asked to students to help participate in an experiment-they brought in a cardboard rocket they had created and students hypothesized about whether changing the angle of the rocket when launched would cause the rocket’s trajectory to change.  Students had fun proving or disapproving each hypothesis by launching the rocket themselves and measuring the distance the rocket traveled.  The KRS students then completed word scrambles and crossword puzzles that featured scientific terms.  Many thanks to Bo and Coleman for visiting KRS again! 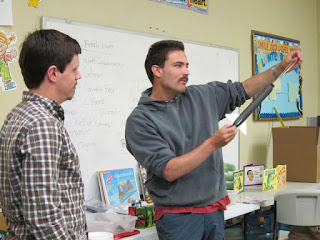 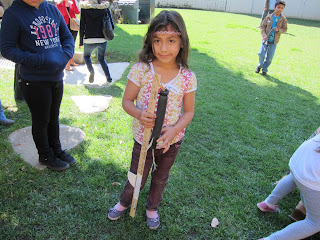 A future astronaut waiting for her turn to launch her rocket.
Posted by krs root at 7:09 PM