As summer heats up, KRS students spent the morning learning more about the environment! During July’s Environmental Awareness and Recycling program at the Villa Parke Community Center in Pasadena, students worked one-on-one with tutors to improve their reading skills for the first hour of the morning. Afterwards, the students had the opportunity to hear from a number of exciting speakers from the South Coast Air Quality Management District (AQMD). 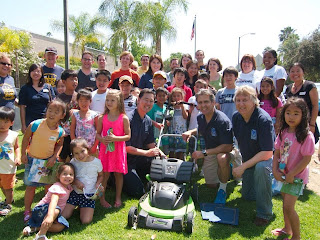 South Pasadena Councilman Michael Cacciotti spoke to the students about pollution in Southern California and government efforts to build a cleaner, healthier Los Angeles. Afterwards, KRS students participated in a number of hands-on demonstrations organized by AQMD scientists. First, Jason Lou demonstrated how the agency uses sophisticated equipment to take air-quality samples for pollution research. Using dry ice, Bill Glazier then demonstrated how air pollution is trapped by the city’s geography. Finally, Michael Cacciotti showed the students that electricity can replace gasoline to power many of the things that we use each day, such as cars or even lawnmowers. 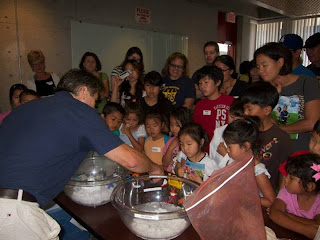 Special thanks to Councilman Michael Cacciotti and the AQMD for providing wonderful hands-on activities for the students.